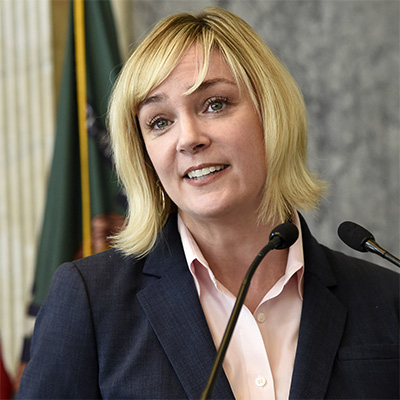 JulieHera DeStefano conceived the initial idea of Journey to Normal, both as a film and an organization. She has long believed in the power of the human story to challenge our preconceived notions, expand our perspectives, and connect us to one another. DeStefano began work on the Journey to Normal Project in the spring of 2009 in order to share the incredible stories of women who serve. She believes that providing a broader, more holistic view of their experiences – what filmmakers call the “establishing shot” – empowers us all to respond more effectively to Veterans.

Previously, DeStefano served as the Business Manager of a New York-based film and photography studio, and as the Managing Director and Producer of an award-winning off-Broadway theater company. She has also performed in New York off-Broadway, regionally with the Theater Of The Stars, Pittsburgh Civic Light Opera and Pittsburgh Playhouse, and was seen in the movies The First Wives Club and the Preacher’s Wife.

DeStefano speaks extensively on the deployment and reintegration experience of the post 9/11 Veteran, especially the experiences of women Veterans. She is profiled in the book Legendary Locals of Pittsburgh. 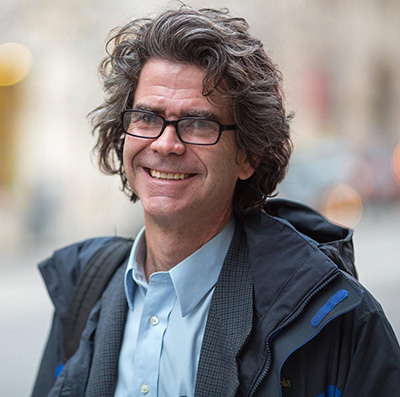 Andrew Swensen brings to JTN, Inc. expertise in education, nonprofit administration, and film. Along with his roles in the film, Swensen is JTN’s Walking It In curriculum co-author and serves as group facilitator for JTN, Inc. trainings. The project holds a special place for him because it comes at the intersection of several passions: the power of storytelling, the need to build social connection, and a love for seeing great ideas come to life. The JTN, Inc. emphasis on bringing civilians to an understanding of military also has a personal connection. While a civilian himself, he is between two generations of military service, with a father who is a US Army veteran and a son who is in the Air Force ROTC.

He holds an adjunct position on the faculty of the Conservatory of Performing Arts at Point Park University, where he teaches courses in film and narrative theory. He also provides contracted professional services for nonprofit organizations, after having served in positions at the Pittsburgh Foundation and Pittsburgh Filmmakers.

Colonel Thomas Stokes deployed to Afghanistan as a Forward Deployed Behavioral Health Interventionist, where he practiced “walking it in” with soldiers in the combat zone. He visited soldiers at their posts and traveled with them outside the wire. In the process, he practiced the principles of Operational Stress Control, and since his return he has been applying those principles in trainings and private practice in the US. His work embraces the opportunity for civilians to build connection with current service members, Veterans, and their families.

Colonel Stokes recently retired from the United States Army Reserves as a military social worker, and now maintains a private practice serving members of the military and their families. He was Commander of the 328th Medical Detachment, Combat and Operational Stress Control Unit based in Coraopolis, PA. While deployed to Afghanistan, he served as Officer in Charge of the Combat Stress Clinic at Forward Operating Base Gardez.

Colonel Stokes has received the Combat Action Badge, Afghanistan Campaign Medal, NATO Medal and Bronze Star. He is a graduate of the U.S. Army Command and General Staff College. His professional career includes 29 years in behavioral health and administration with the Allegheny County Department of Human Services in Pittsburgh, and as a Veterans Court advocate with the Pittsburgh Veterans Administration.